Producing renewable energy from commercial and municipal sources is the mission of Quasar Energy Group of Ohio.  Winning football games in a football-crazed city is the goal of the Cleveland Browns.  So what do these two businesses have in common, other than the Ohio connection?  Food waste.

Professional sports teams and the stadiums, ballparks and arenas they play in create a huge amount of waste.  The average Browns home game generates roughly three-and-a-half tons of food waste from more than 70,000 hungry fans!

Thanks to Quasar, food waste previously directed from FirstEnergy Stadium in downtown Cleveland to a local landfill is fed through a giant garbage disposal of sorts, then transported to a digester, producing biogas to generate electricity, and fertilizer for nearby farms.

Over the course of the 2013 football season, the program will divert 35 tons of food waste from landfills, generate enough electricity to run a home for 18 months, produce natural gas equal to that needed to heat 32 homes for one month, and preserve enough nutrients for 300 yards worth of crops.

Meantime, Quasar’s digesters have gained attention from other regional companies looking to convert waste into sustainable energy.  The demand has led to the development of 14 new digesters that turn food waste, oils, sewage and animal manure into gases.

Cleveland Mayor Frank Jackson lauds the venture, saying it’s a goal of the city “to bring together people who could apply sustainability principles to our local economy, and that’s exactly what this group is doing.”

The partnership is a first between a renewable energy firm and a pro sports team, but may become more common as the professional sports industry, large entertainment venues, and big cities alike look for new sources of sustainable energy. 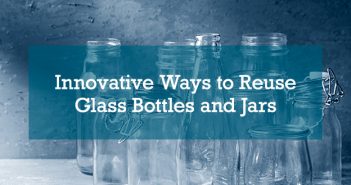