You are at: Home » Home Improvement & DIY » How to Keep Your Neighbors From Using Your Dumpster

How to Keep Your Neighbors From Using Your Dumpster

You finally worked yourself up to tackling that big home improvement or cleanup project. You planned it all out and determined your budget and timeline. You realized you needed to rent a dumpster to help with the project, factored that into your budget, and found a great rental company. Now your dumpster is here, and you’re ready to get to work. Too bad your neighbors are ready to use your dumpster, too.

A dumpster rental can be like catnip to nosy neighbors who figure they’ll just piggyback on your rental to do a little cleaning up of their own. Unfortunately, just one or two neighbors tossing their own stuff into your dumpster can cause you major headaches. All dumpster rentals have a weight limit. If your neighbors cause you to exceed it, you’ll be charged additional dumpster fees. And there’s the added risk that your neighbors will toss in prohibited items like chemicals or batteries that will land you with another extra fee.

But don’t throw in the towel on your project. There are several tactics you can employ to keep neighbors from using your dumpster.

If you run into your neighbors frequently and are on “making small talk” terms with them, make a point of mentioning that you’re having a dumpster delivered. Chit chat about what you’re using it for and “casually” mention all the regulations about weight and what can and can’t go in it.

If you really want to go for the gold, mention how you’ve read about renters being charged extra because of other people using their dumpster. For most reasonable people, this should be enough to make it clear that neighbors using your dumpster is NOT COOL.

Leave porch or garage lights on while the dumpster is on your property. This is especially effective if the dumpster is positioned so that it’s visible from the road and/or many neighbors’ properties. Most neighbors would feel too awkward to try using your dumpster when there’s such a good chance that someone will spot them doing it. Nobody wants to feel like the whole neighborhood is judging them for being a sneaky cheapskate!

Keep It Under Wraps

Bungee cord a tarp over your rental dumpster when you’re done using it for the day. Generally, neighbors who use other people’s dumpsters aren’t doing it to be malicious. Usually, they don’t realize that they might be causing you to pay extra fees. They’re using your dumpster because it’s a convenient way to finally get rid of that box of stuff they’ve been meaning to clear out of their garage for the past 1156087 months.

If they have to undo bungee cords and remove a tarp to get to the dumpster, it’s no longer convenient. And even if the inconvenience doesn’t turn them off the idea, trying to remove the tarp would attract way too much attention for most people to want to attempt it.

Every morning, check your dumpster before you return to work on your project. If you notice anything that you didn’t place there, remove it. If you know who dumped it, a friendly confrontation might be in order. The main thing to remember if you want the issue resolved quickly and peacefully is to keep it civil.

Politely ask your neighbors if they’ve been using your dumpster. Explain that you have to ask them to take their stuff back so that you don’t get charged an extra fee. If they’re reasonable people, they shouldn’t have a problem with this. If they refuse to remove their items, you’ll need to make a judgement call about whether to contact the police. It IS illegal to use someone else’s dumpster without their permission—it’s considered theft of services, since you’re responsible for paying for whatever’s inside.

If you don’t know which neighbors are using your dumpster or feel that it’s best not to confront them about it, contact your city council and explain the situation. They should be able to provide you with information and resources on the appropriate steps to take.

Turn Your Enemies Into Allies?

Rather than trying to avoid your neighbors using your dumpster, maybe you could benefit from doing the opposite. If you only have a small project planned, you might be able to save significant money by getting a few neighbors to go in on a dumpster rental together. Just about everyone has junk sitting around in their attic, basement, and/or garage that they just never get around to cleaning out. It’s a pretty good bet you’ll find at least one neighbor who’s willing to take you up on the offer.

With just a little planning and vigilance you can ensure that you—and only you!—get the most out of your dumpster rental without any added hassle or fees. Unless, of course, you’ve decided to go the other route and save money by letting your neighbors use your dumpster! If you’re ready to pull the trigger, we can help you rent a dumpster today! 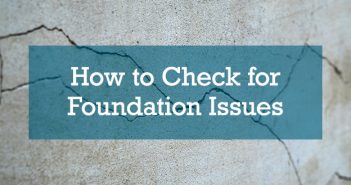 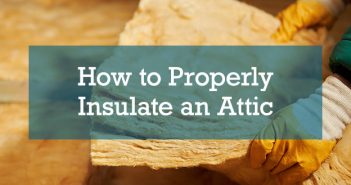 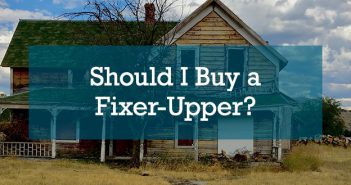