You are at: Home » Company News » Budget Dumpster Co-Founders Named EY Entrepreneurs Of The Year in Northeast Ohio

Westlake, Ohio – June 15, 2016 – Co-Founders John Fenn and Mark Campbell of Budget Dumpster, one of the leading and fastest growing waste companies in the U.S., have been named the 2016 EY Entrepreneur Of The Year® Award for the Northeast Ohio Region in the Retail and Consumer Products & Services category.

Fenn and Campbell were selected by an independent panel of judges, and the award was presented at a special gala event at the Huntington Convention Center of Cleveland on June 9, 2016.

“We were so honored to be finalists that winning wasn’t even on our radar,” said Fenn. “There is just so much amazing entrepreneurial talent in this region.”

This year marks the 30th anniversary of the EY Entrepreneur Of The Year Award program. The award recognizes outstanding entrepreneurs who demonstrate excellence and extraordinary success in such areas as innovation, financial performance and personal commitment to their businesses and communities.

Fenn and Campbell founded Budget Dumpster to disrupt a waste industry niche – temporary roll-off dumpsters – that was ripe for innovation. Since 2009, the company has seen annual double-digit revenue growth, including 45 percent growth in 2015 and 40 percent growth through Q1 2016. 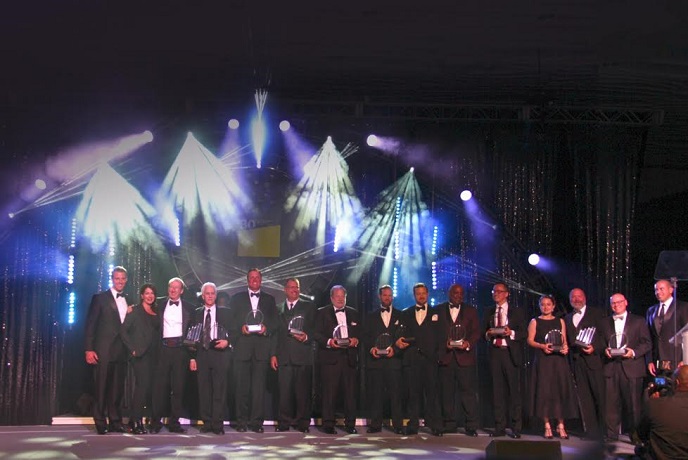 Since 1986, EY has honored entrepreneurs whose ingenuity, spirit of innovation and discipline have propelled their companies’ success, invigorated their industries and benefited their communities. Now in its 30th year, the program has honored the inspirational leadership of such entrepreneurs as Howard Schultz of Starbucks Coffee Company, Robert Unanue of Goya Foods, and Mindy Grossman of HSN. Recent U.S. national winners include Reid Hoffman and Jeff Weiner of LinkedIn; Hamdi Ulukaya, founder of Chobani; and 2015 winners Andreas Bechtolsheim and Jayshree Ullal of Arista Networks.

Established in 2009, Budget Dumpster delivers affordable waste removal services in 46 states and most major markets throughout the United States. Working with over 250 local partners, Budget Dumpster sells thousands of temporary roll-off dumpsters each week for projects big and small.

Based in suburban Cleveland with a growing team of over 60 employees, Budget Dumpster has been recognized as one of America’s fastest growing companies by the Inc. 500 (No. 966 in 2015), one of the top five fastest growing companies in Northeast Ohio by Crain’s (2015), one of the largest waste and recycling firms in North America (No. 67 in 2016) and one of Fortune’s Most Flexible Workplaces (2016). Learn more about how we help people and companies each day at www.budgetdumpster.com.

About EY Entrepreneur Of The Year®

EY Entrepreneur Of The Year is the world’s most prestigious business award for entrepreneurs. The unique award makes a difference through the way it encourages entrepreneurial activity among those with potential and recognizes the contribution of people who inspire others with their vision, leadership and achievement. As the first and only truly global award of its kind, Entrepreneur Of The Year celebrates those who are building and leading successful, growing and dynamic businesses, recognizing them through regional, national and global awards programs in more than 145 cities in more than 60 countries.

Budget Dumpster Named to the Inc. 5000 for the Eighth Consecutive Year