You are at: Home » Communities » Columbus OH » Micro Apartments Make Space in Columbus

The micro apartment trend isn’t only in New York anymore. Columbus is getting in on the action too. Connect Realty LLC has a planned second project for the city, on Long Street next to the Scioto River. There would be 34 units in all, ranging from studios and one-bedroom apartments to the “micro” option with 300 to nearly 900 feet of space. There would also be storefronts and offices on the ground floor of the building.

Where the apartments and commercial space would sit is on a location that is currently vacant, but in order for construction to break ground and all those Columbus dumpsters to make their way onto the property for the cleanup, a few things need to happen first. There is an $11 million proposal on the table, and part of that money would need to come from state and federal tax credits. If all goes to plan, the project would begin this summer, with apartment space being made available at the end of summer 2016.

Connect Reality has another micro project going on in the city already, on South Fourth, that is expected to be completed in August of this year. The popular pizza place Mikey’s Late Night Slice has plans to open a location on the ground floor of this first property. With two micro apartment buildings in the city, Columbus might soon see an even bigger boost to young professionals moving into the downtown area and saving some cash on a smaller floor plan.

All that trash is going to need to go somewhere, even if these are micro apartments. This is where great dumpsters come into play. With the help of these giant metal bins, all those tiny apartments can go up and open to the public without any hassle or headache. The apartments may be small, but the trash they are going to produce certainly won’t be.

If you are interested in this story, let us know. We will follow along with any developments and make sure that we post on here whenever something comes up. The micro apartment fad might soon sweep the nation, so it’s neat to see cities already trying it out. This is especially true when it comes to cities like Columbus, where it may not be readily apparent that there is the need for more living space. It’s clear those currently in their twenties and thirties are keen to get back into the city (not just in Ohio, but all over the country), especially if they have options at a discounted price. And with most of these micro apartment buildings having common areas available for residents to meet each other, the apartments themselves can be used mainly for sleeping and eating it seems. 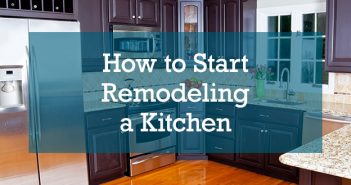