You are at: Home » Communities » Washington DC » Alexandria, VA Waterfront Development Will Use Barges for Construction Debris Removal

Residents of Alexandria, Virginia rejoice, the waterfront project has finally been given the go ahead after years of delays and obstacles. On Friday, just in time for the weekend, the state Supreme Court ruled that development can begin outside of Washington, D.C. This also came with a bit of news we found particularly interesting as well. EYA, the developer in charge of the project, said they would be using barges for construction debris removal. This is in lieu of sending dump trucks rumbling down the historic streets of Alexandria.

Residents were particularly troubled with the idea of truck after truck entering and exiting the area while the project was underway. They feared the vehicles would damage the roads (and potentially buildings too) going back and forth from the job site. Thankfully, this will no longer be an issue. The agreement between EYA and the City of Alexandria would avoid almost 90 percent of required trips by the construction trucks.

It seems like everyone is on board with the barges, including local group, Friends of the Alexandria Waterfront. They are actively supporting the decision to use boats instead of trucks for waterfront projects going forward. And for those of you interested in the project, we’ve got something for you to mark on the calendar. There will be a public hearing with the city’s planning commission at 7 pm on Thursday, April 9 at 301 King Street, Alexandria’s City Hall.

Using barges for waste hauling produces significantly less environmental emissions of hydrocarbons, carbon monoxide, and nitrous oxide compared to diesel-fueled dump trucks. We welcome unique forms of waste removal, and using barges instead of trucks to transport waste from a job site sounds like a novel idea to us. The barges pump less emissions into the atmosphere and they allow for fewer trips in total due to their increased size and carrying capacity, a win-win for waterfront developers and the environment.

Granted, the barge solution is only viable in cities such as Alexandria with direct access to waterways, in this case the Potomac River. Without that easy access, there aren’t too many other ways to get rid of refuse except by vehicle, unless aerial drones suddenly develop the ability to lift several tons at once. Thankfully, for Alexandria, its waterfront, and the buildings in the area, there’s the Potomac to provide an easy and eco-friendly source of waste removal. We’ll be interested to see the implementation of this waste strategy and the level of success achieved. 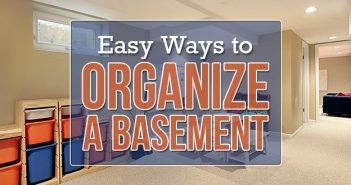 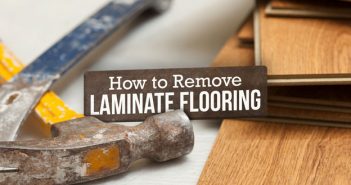