You might not immediately think “energy source” when you hear the words “swine manure.” That probably wasn’t the first thing to come to mind for Cavanaugh & Associates either, but somewhere along the way, the Winston-Salem company partnered with Duke University’s Nicholas Institute to start a program for just that purpose. The goal was simple, turn swine manure into an energy source, one that could be renewed in abundance.

The U.S. EPA’s AgSTAR outreach program did the math for us on the Swine Waste-to-Energy Project. With nearly 9,000 pigs inside of nine barns, their waste generates 65kW of electricity a day. While there are a couple hundred farms in the United States that process animal manure into energy, this is nowhere near some other countries. Germany for example has thousands of these barns creating this renewable energy source.

The basic premise is that the animal waste is collected and heated up, which creates a byproduct of methane gas. This can be used as a power source for certain machines, and the waste can also serve as a form of renewable electricity. Cavanaugh & Associates is one of the companies in America that is buying in early on the idea that animal waste is an integral part to the future of our energy usage and consumption, along with environmental protection as well.

So why hasn’t this caught on in the US? Well, for one thing, it’s a relatively new idea that is still gaining traction around our country. It needs to be sold not only to the energy community, but to farmers as well that are going to be raising these animals. Another issue, and probably the most important, is that these farms take some capital to get started. These waste-to-energy manure farms can be a major investment. On top of that, the maintenance involved can also make for a tricky situation when trying to sustain the project.

We hope that in the coming years, the cost of getting these operations off the ground goes down and more people jump on board to be a part of the manure-to-energy business. This is waste removal at its finest and we fully support it here at The Fill. We’re going to keep on eye on this story as it continues to develop and keep posting on swine manure as well as other waste-to-energy stories. We try to keep our ears to the ground with this stuff, just not our noses. So check back in for more information, and feel free to comment with any thoughts of your own. 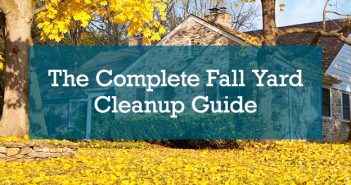