You are at: Home » Communities » Phoenix AZ » Researchers Dive into Phoenix Trash to Increase Recycling

Phoenix, Arizona – The Sun Devils of Arizona State University have joined forces with the City of Phoenix Public Works Department to partake in all-encompassing waste study in efforts to reduce the amount of trash that ends up in area landfills.

The study will take over 100 samples from various residential locations throughout the Phoenix area over 10 business days. These samples are sorted into 84 categories and each category will be at least 125 pounds of unwanted materials. This study will be used as an essential tool to divert more trash from the landfill.

Back in 2013, Mayor Greg Stanton announced his intentions for the City of Phoenix to accomplish a goal of having a 40% landfill diversion by the year 2020.

“An important first step on the path to meeting such a goal is a well-informed analysis and interpretation of the composition of Phoenix’s residential waste and recycling stream.” Says Mayor Stanton.

After completion of this study in August, the collected data will be compared to a similar research from the City of Phoenix that was conducted in 2003. In that study a major concern appeared with the Phoenix area residents waste removal habits. They were attempting to recycle a great deal of clothing and plastic bags.

These items cause many serious recycling issues when they are disposed improperly and eventually end up in the area landfill. Since then Phoenix has implemented a variety of clothing recycling programs. The City hopes that this is no longer an issue.

“It was really interesting to see what people think they can recycle, and think about what we can do to improve everyone’s understanding and participation in Phoenix’s recycling program,” says an Arizona State Student Researcher.

The City of Phoenix Public Works Department and Arizona State University are taking necessary steps to divert more unwanted materials from the area landfills. By the time these various items reach the landfill, it is then too late. Prevention must begin with the source, they people who are throwing the trash away.

Phoenix area residents have a great deal of waste removal educational opportunities at their disposal. When people learn why they should not throw something away, it resonates much more and then they are more likely to utilize better waste removal habits. It seems like the City of Phoenix is on the right track to be wasting less.

Whether the residents are throwing away their garbage in a trash can or in a phoenix dumpster, they need to realize exactly what they are attempting to dispose. Budget Dumpster encourages all of its customers to donate any unwanted materials that could benefit others rather than putting them in a dumpster rental. Please do not hesitate to contact Budget Dumpster if you are need of any waste removal solutions. 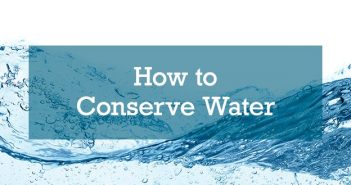