Typically when you see recycling bins, there’s one for plastics, paper, and bottles. It is then up to you where you throw your recyclables. The City of Louisville is introducing a voluntary program in the city’s Central Business District to increase recycling and reduce the amount of waste being dumped in landfills. With this unique program, it isn’t up to you whether or not trash is recyclable anymore.

This program is called “Wet-Dry Recycling” and is meant to make recycling easier for residents and businesses. To begin this program the Louisville Metro Solid Waste will replace black garbage carts with orange carts to help businesses transition into the program. Businesses and residents that are between 15th Street and Handcock Street and north of Broadway are now supplied with two colors of garbage bags. Black bags are to be used in places where there is usually a lot of “wet” waste such as break rooms, kitchens and bathrooms. Separated from the dry waste will help prevent clogging the machinery or contaminate recyclables. Clear bags will be used for all other waste such as paper, plastic and glass.

The waste will be collected at the same time in the orange carts and will then be transferred and sorted at a new QRS recycling plant in Louisville, or at the company’s New Albany facility.

The recycling centers have nearly 200 workers sorting or stacking different materials for transportation to recycling markets. The center is also equipped with screens, shakers, magnets and sensors that can detect different types of plastic.

“Close to 90 percent of that dry waste is, in fact, recyclable,” says Public Works spokesman Harold Adams. “So if you keep it from being contaminated from the wet waste, you can easily divert the dry waste.”

Brown carts will be given to restaurants for discarded food and organic waste that will be turned into compost. This program does not cost the Central Business District anything extra because it is being paid for with the money Metro Government is saving from sending less waste to the landfill. According to city officials, the Wet-Dry Recycling program is expected to save the city $18,000 since trash and recycling will be picked up at the same time.

If this new program is successful it would be expanded to other parts of Louisville. “We think the program has a lot of potential,” said Pete Flood, a Louisville solid-waste supervisor. “There are challenges to each sector of the community. Residential is the most challenging because that sector is one that resists change. However, it does have a huge upside if it can be done.”

It is estimated that only 11 percent of the city’s waste is currently recycled. However, this program promises to keep 85 percent of it out of the landfill.

Right now 18 restaurants have agreed to participate in this program. Louisville’s sustainability plan entails diverting half of the city’s solid waste away from the landfill by 2025. The ultimate goal is to increase that number to 90 percent by 2042.

Budget Dumpster is proud to provide dumpster rentals in Louisville. 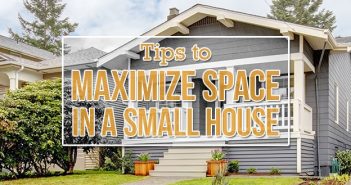 Living Large: How to Create Space in a Small House 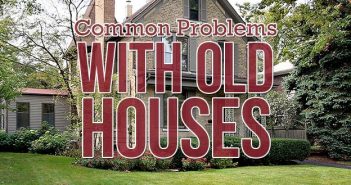 What to Look For When Buying an Old House

Living Large: How to Create Space in a Small House

What to Look For When Buying an Old House